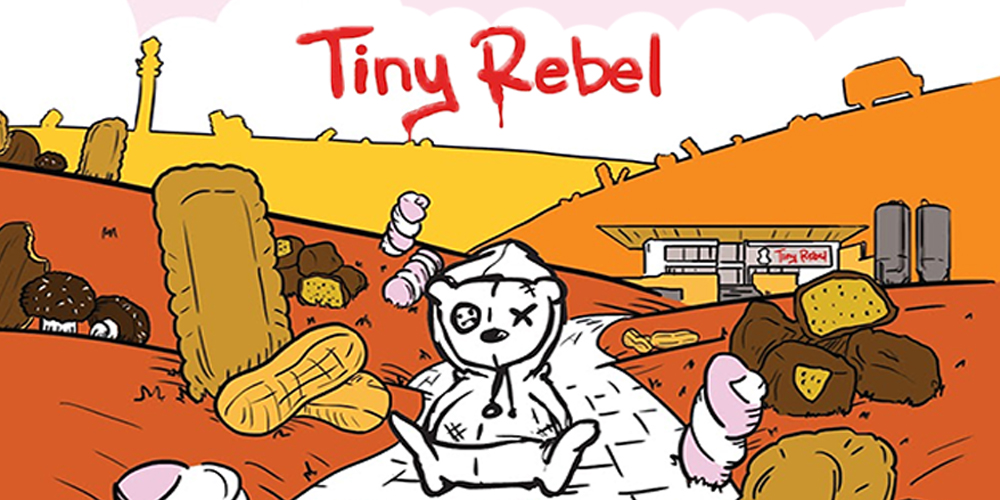 To conclude our Tiny Rebel July Residency in style we’re having a huge weekend of Wale’s finest export since Gareth Bale. We will be hosting beer launches each day of the weekend as well as having a plethora of TR beers on the taps.

Imagine Imperial Puft with shed loads of chocolate. If you can’t picture that, think about Chocolate Stay Puft, but an imperial version. Tasting notes – boozy Stay Puft with Chocolate!

We’ve been fans of Northern Monk for a while and we’re chuffed to say we’ve done a collab with them! We love big fruity NEIPAs but everyone’s done a big tropical murk monster, so we started to think in other places. The idea of stawberries cropped up, and then cream was suggested to go with the silky texture of the style. Whack a load of lactose in and what do you get? Fields Forever! Loads of late and dry hopping for bags of aroma and flavour with low bitterness, then the strawberries, vanilla and lactose do the rest!

Two of the UKs best breweries pushing boundaries! Whats not to love?

Part of our single-hopped milkshake IPA series but this one ISN’T single hopped! Ok, well it is, but that’s not the main feature of this beer! Instead of mountains of dry hop we’ve chucked in a few hundred punnets worth of fresh strawberries! The aroma is, as expected, rich with strawberry, with a nice malted undertone. Flavour is very much the same, but rather than sweetened, candy-like fruit flavour, it’s a really fresh, slightly tangy note that really takes you out into the fields for a bit of fruit picking. The lactose smooths it all out and gives it a bit of sweetness to round off the edges. It’s delicious!

Get your Camra pants on and come taste the future!

Check out www.beermerchants.com for more Tiny Rebel goodness delivered straight to your door!